Blue Wing Olives (BWO) is the common name used to describe a very prolific Wisconsin mayfly hatch that occurs on trout streams all over the state. The Blue Wing Olives are small mayflies that many fly fishermen use to describe several different mayfly species. Although there are totally different mayfly species they are all small, with 2 tails as adults.

The wings can vary from light to dark and gray to bluish gray depending on the species. Some, like Baetis have a small hind wing as adults, while others like Acentrella turbida have no hind wing. Body colors of the adults will vary.

We usually think of blue wing olive mayflies with the Baetidae family, which include Acentrella, Baetis, and Plauditus, and others. These mayflies often have multiple broods during the trout season and usually hatch in great numbers. It is not uncommon to witness hatching from April into September or October. Blue Wing Olives generally range in size from around size #16 down to size #24 depending on the species and time of year. The generally hatch in big numbers on cloudy and rainy days when you sort of least expect it.

My preference is a pheasant tail nymph (PT nymph) for imitating the nymphs, in sizes #16 to #24. Several different types of emerger patterns are useful to imitate the different transition stages to a dun. The tiny mayflies seem to float a long way while trying to escape their shuck and dry their wings, which makes them extremely vulnerable to the trout. The dun imitations I prefer are Comparaduns with either fine deer hair or CDC wings. For spinners a small red spinner with white poly wings works great. 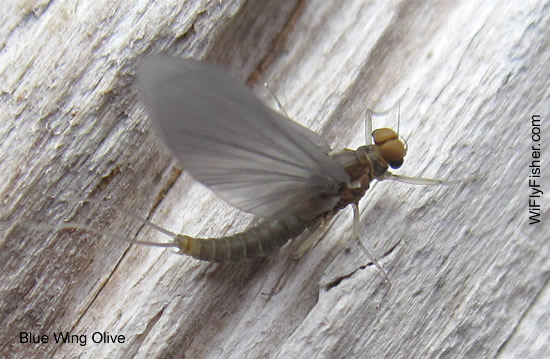 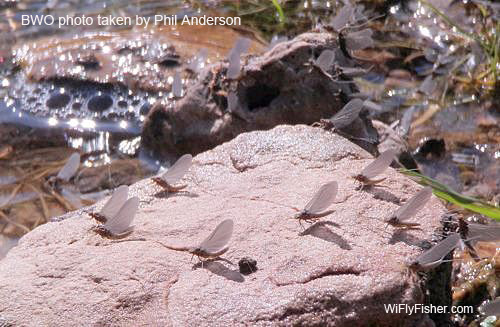 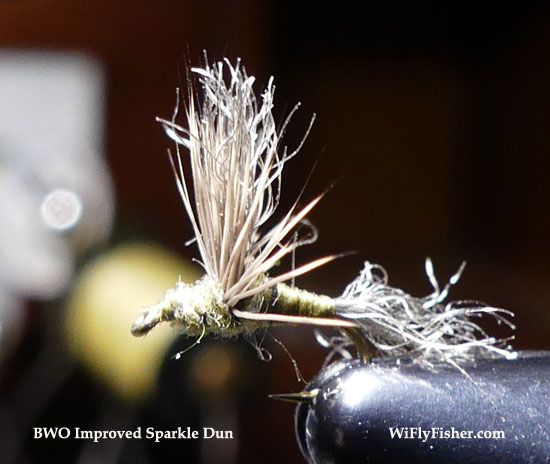 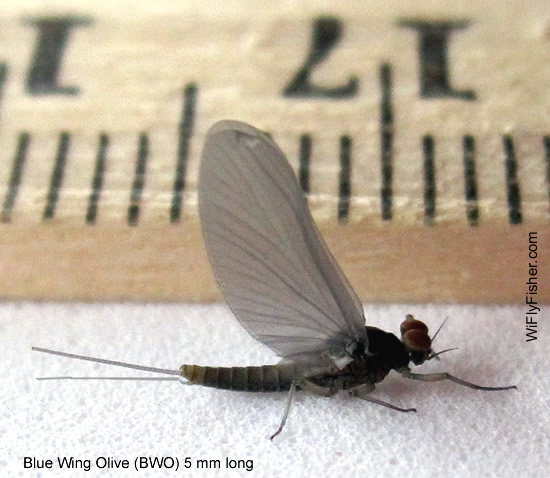