Sometime in June in northern Wisconsin as the daylight begins to fade big brownish mayfly nymphs will begin to crawl out of the silt and muck and wiggle their way to the stream's surface. These nymphs are the brown drake (Ephemera simulans) and can be found in many of the northern Wisconsin trout streams. For the brown drake nymph pattern, I prefer to use a dubbing loop to make the abdomen more fluffy to represent the feathery gills of the Brown Drake nymph. Click here for the Brown Drake hatch. 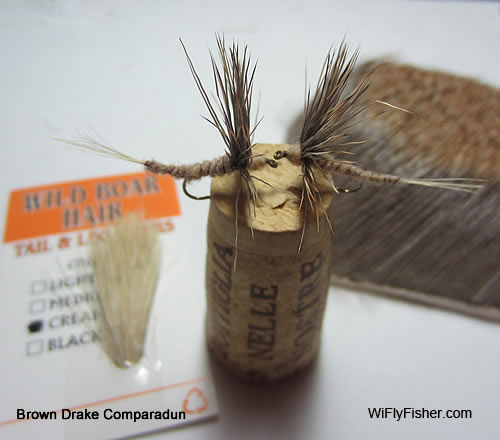 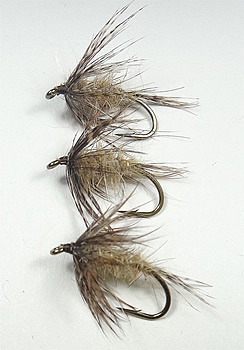 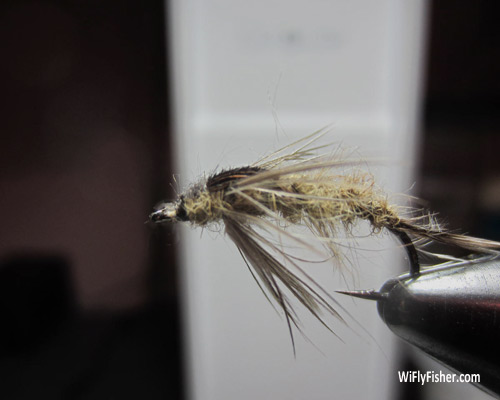 The Partridge 15BN size #14 is a big hook, a similar hook size would be a Mustad 9672 size #10.
Mallard shoulder feathers have thicker barbs which I like for these bigger nymphs.
The burrowing brown drake nymphs have flared feathery gills along the sides of their abdomen, a dubbing loop helps give a similar effect to the nymph imitation.