One of the most prolific Wisconsin mayfly hatches is Ephemerella subvaria, also known as the Hendrickson mayfly hatch. These mayflies are very common on the northern Wisconsin freestone streams. They generally hatch sometime in late April to early May. I have personally witnessed the hatch as early as April 8th and the Hendrickson spinners at dusk into mid-May. For the Hendrickson hatch, you should carry several different fly patterns for when you hit the hatch, such as nymphs, emergers, duns, and spinner patterns. 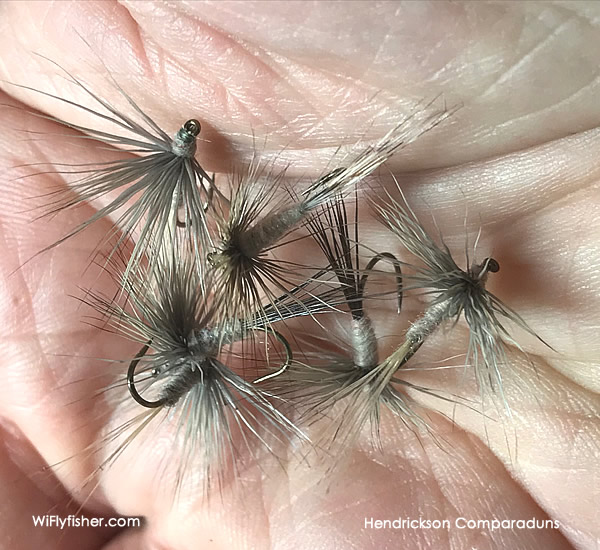 Don't make the body too bulky. You can also use Zelon for tail to make it a sparkle dun. emerger pattern. 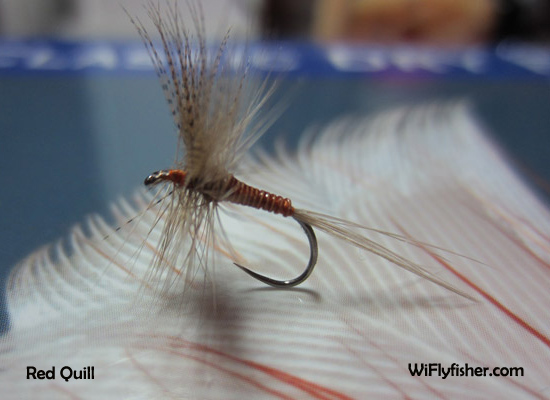 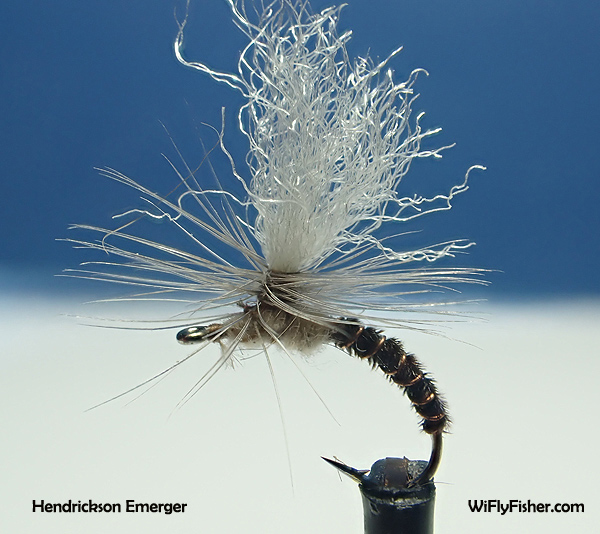 I don't tie in a tail because it interferes with the abdomen sinking below the film. It really is not needed. 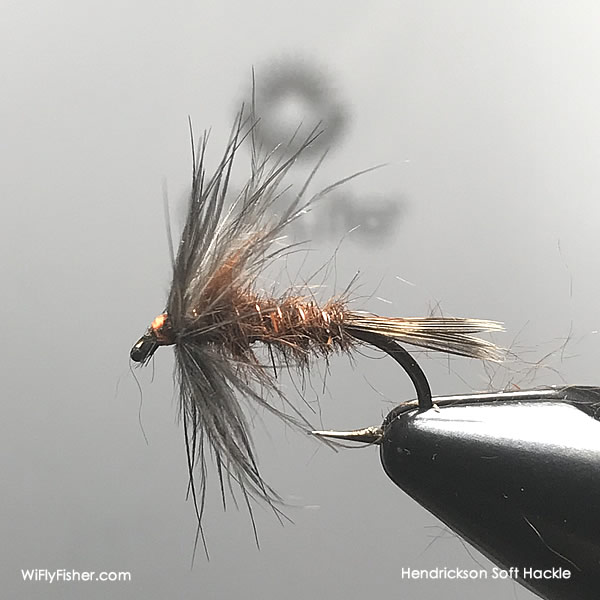 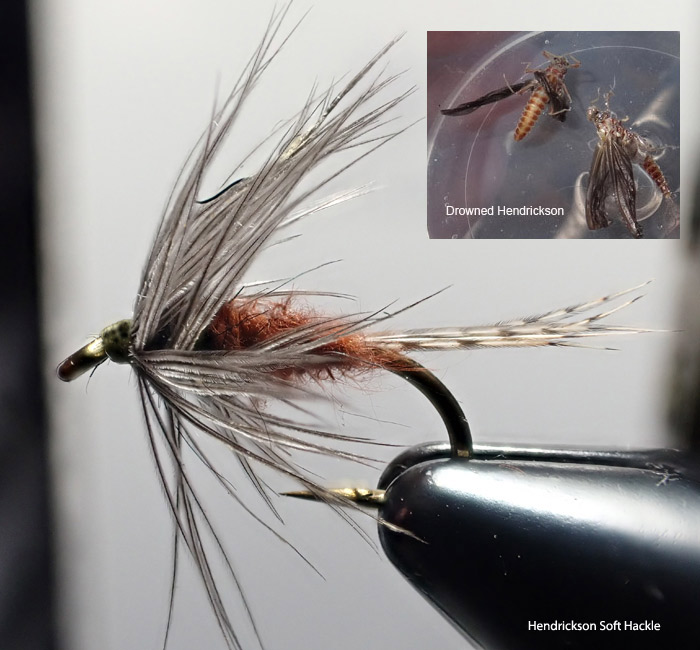 
Tie the stem of the hen feather in first at the eye of the hook pointing forward. Then wrap the thread back to the bend of the hook and tie in the tail and dubbing loosely, wrap thread back and forth over dubbing. Place the thread at the back of the thorax section and wrap the hen hackle towards the back of the hook shank stopping when you reach the thread. Secure the feather tip with two thread wraps and snip off the tip of the feather. Wrap the thread forward through the hackle wraps up to the eye of the hook then whip finish the fly. The hen feather is meant to represent the wings of the drowned dun. Fish it flush in the film.

I tie Hendrickson nymph patterns on both light wire hooks to fish near the surface during emergence and on heavy wet fly hooks to fish deeper before the hatch in the morning. The Hendrickson nymphs in northern Wisconsin trout streams are a darker rust color and sort of stout. These nymphs are in the drift wiggling towards the surface and the trout are looking for something that is the right size, shape and color. Imitating the legs are optional. You are basically tying Frank Sawyer's Pheasant Tail nymph pattern. 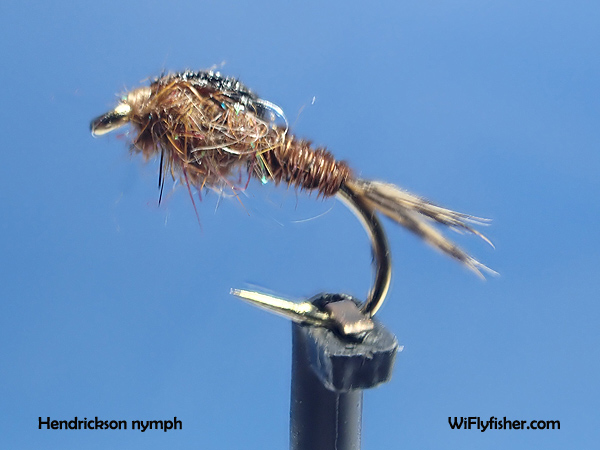 If you ever look closely at a Ephemerella subvaria (Hendrickson) nymph from a northern Wisconsin freestone streams you will notice the nymphs have a dark rusty brown abdomen and a very blackish wing case. Right before the dun hatches from the nymphal shuck a white line runs down the length of the nymph's wingcase where it splits open and the dun will emerge. It's really about the size, shape, color and getting the nymph down to the trout early in the day, or just under the surface film when the hatch starts.