There are many different mayfly emerger patterns that are designed to give the illusion of a mayfly dun trying to escape its nymphal shuck. Often these emerger patterns can be very effective when trout are feeding on the struggling duns as they emerge in the surface film. I don't take credit for originating this pheasant tail, PT Emerger pattern. I am sure others have tied it and maybe called it by different names, such as a Comparadun Emerger.

My PT Emerger is very close to Bob Wyatt's Deer Hair Emerger (DHE) pattern which is in his book titled: What Trout Want, The Educated Trout and Other Myths. Wyatt's DHE uses hare's underfur dubbing for the body and the thread is wrapped back over the dubbed body as ribbing. His thorax is spiky hare's mask dubbing.

How to tie the PT Emerger pattern 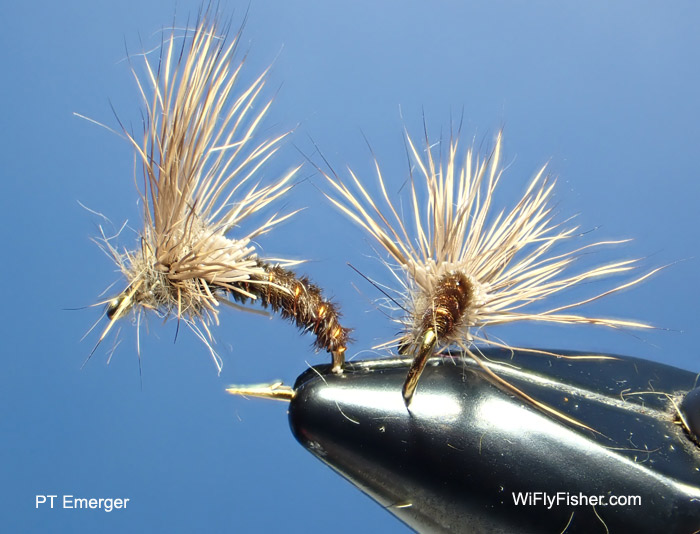 I haven't tried it yet, but I am sure you could use CDC for the upright wing and the fly pattern would be just as effective, if not more so.