How To Tie The Comparadun Fly Pattern

I have been tying the comparadun fly pattern since the late 1970's and actually learned to tie them correctly by Bob Nastasi one of the authors of Hatches and orginators of the Comparadun. The Comparadun pattern is really a variation of Fran Betters' Haystack fly pattern. Both patterns work equally as well.

Over time I began to change my technique for tying the deer hair wing on the Comparadun. This technique helps make the body more slender on smaller fly patterns and keeps the wing upright and slightly slanted back which is more like the natural mayfly duns.

The wing technique is pretty easy to do. First, tie the deer hair wing on, then tie on the tail and the body. Now pull the deer hair wing back but instead of building up a big thread dam in front of the deer hair wing I take some more deer hair and tie it in just behind the eye of the hook just like you do for the CDC & Elk pattern. This keeps the entire wing upright and the wing doesn't want to fall forward or backward. See below: 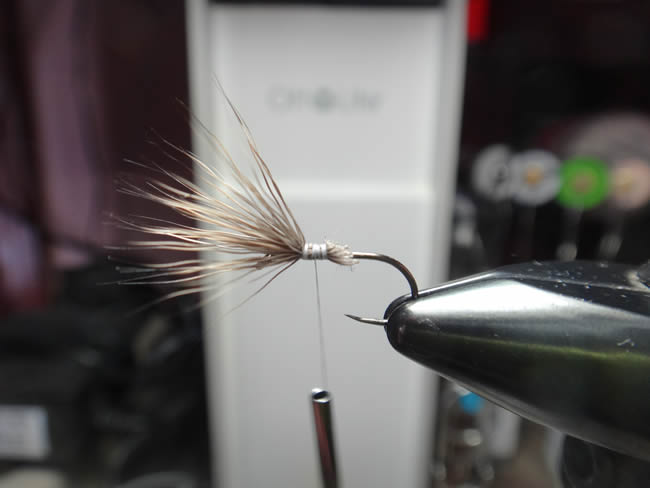 1. Secure the wing (use about 1/2 the normal amount of hair) 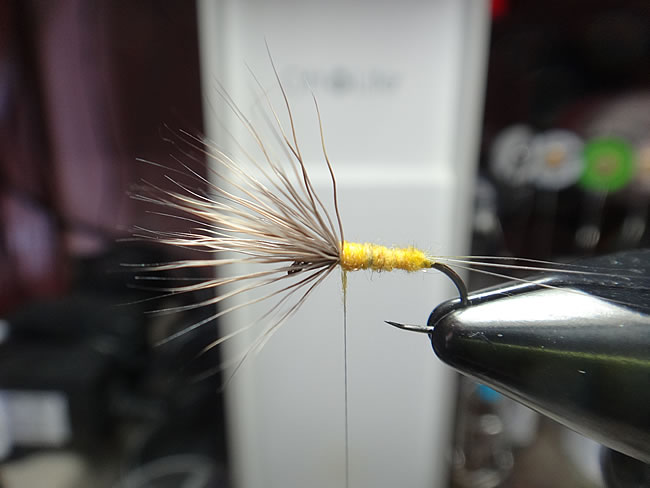 2. Tie on the tail and wrap the body forward up to the wing 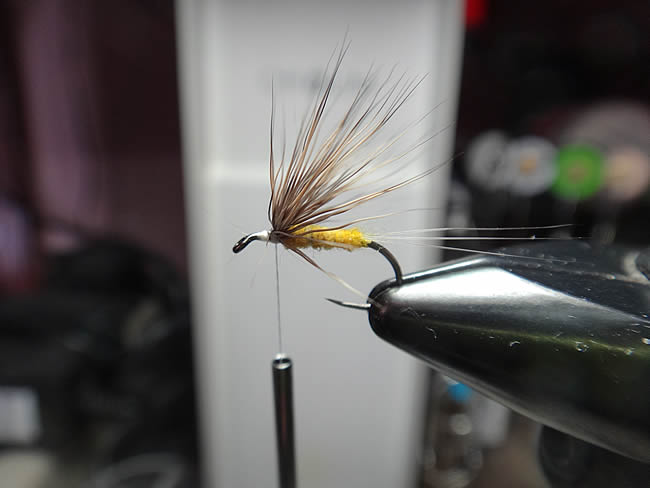 3. Pull the wing back and secure the thread in front of the wing 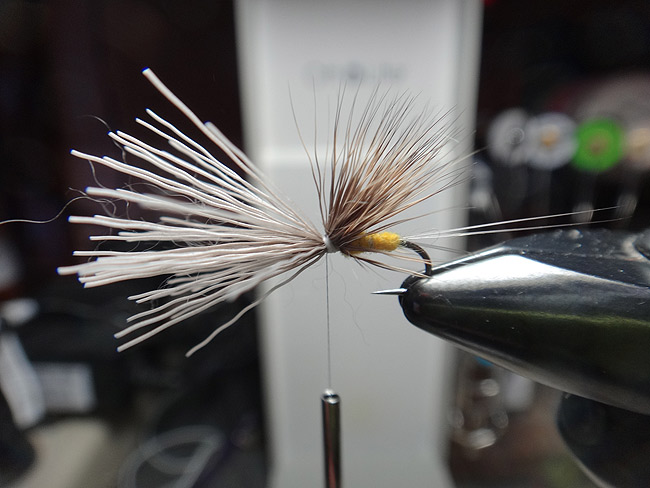 4. Take another bundle of hair push it tight against the wing and secure 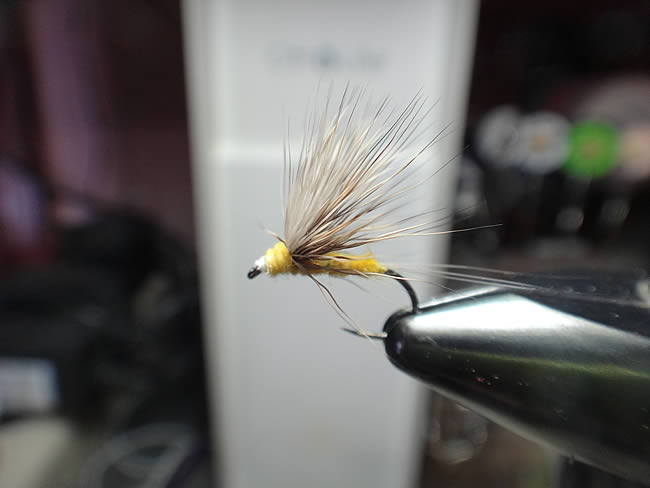 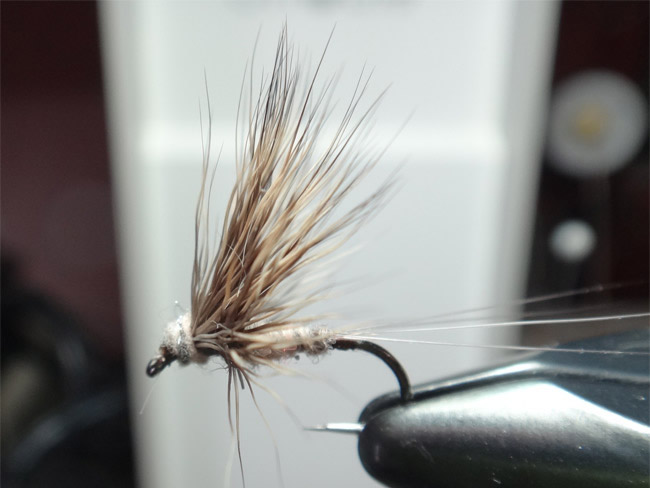 Here is another example of the comparadun with double wing