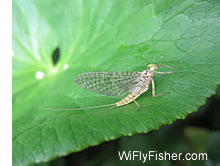 The Light Cahill mayflies are part of the Heptageniidae family. Although they are quite common on many northern Wisconsin trout streams, identifying their exact genus and species can be fairly difficult. Light Cahills use to all fall under the Stenonema genus. Today, entomologists have split them into two newer genera Stenacron and Maccaffertium. Fly fishing books, like Hatches, referred to Light Cahills as Stenonema, which can be confusing when using older books for a reference.

Light Cahill nymphs are part of the "clinging group" of mayfly nymphs. They have flat bodies and thick, stocky legs. The nymphs can be found in many different partsof a freestone stream, not just the faster rock stretches. The Light Cahill nymphs look very much like the March Brown nymphs (Maccaffertium vicarium), except they are smaller in size. A hare's ear nymph can be a good imitation for the nymphs.

The duns generally hatch sporatically all day long making them less of a target for the trout. Although, isolated locally heavy emergence can occur in some of the Light Cahill species. When they do emerge in the open waters they generally ride the surface for quite some time while drying their wings. This can make them an easy meal for hungry trout. Many times they are emerging along with other mayflies that are more concentrated and more desireable meals for the trout. These complex hatches can be hard to read which insect and what stage the trout prefer. The classic Light Cahill dry fly pattern or a creamy, white comparadun can be a good pattern for imitating the sporatica hatching duns.

Spinner falls are generally at night fall and can be very concentrated. When they finally drop to the water a spent hackle wing Light Cahill pattern can be deadly. Look for the spinner falls over the riffled waters and faster runs.

The two photos below are Maccaffertium modestum female duns from a northern Wisconsin trout stream. Captured in June. They are about a size #12. 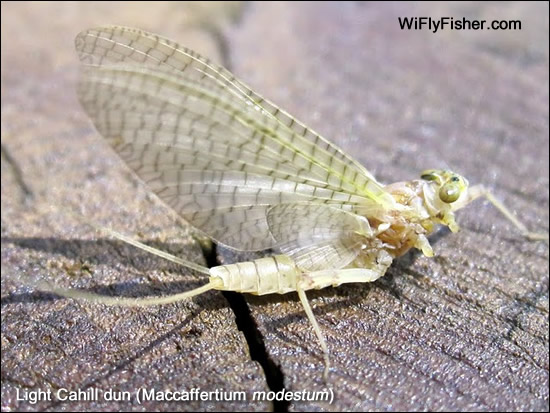 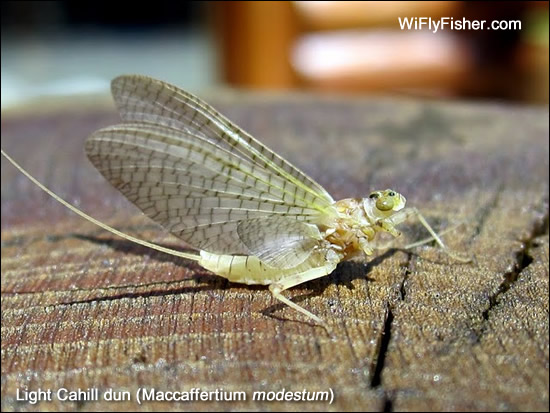 Below is a Stenacron interpunctatum, Yellow Sally. It has yellow wings and an orangish colored body and is about a size #12 dryfly. 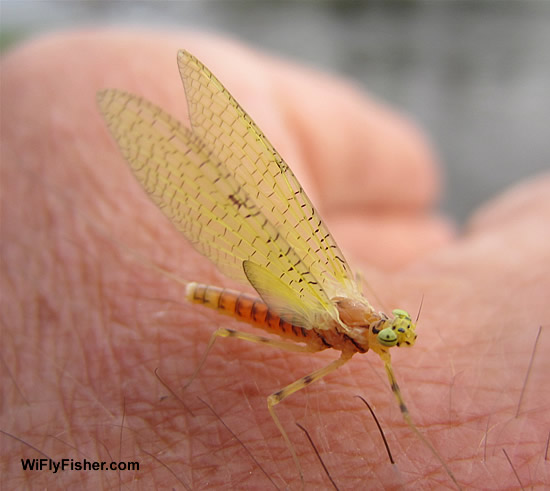 The nymph is definitely a Maccaffertium, but not sure of the species. Good chance it's a Light Cahill nymph by its size. 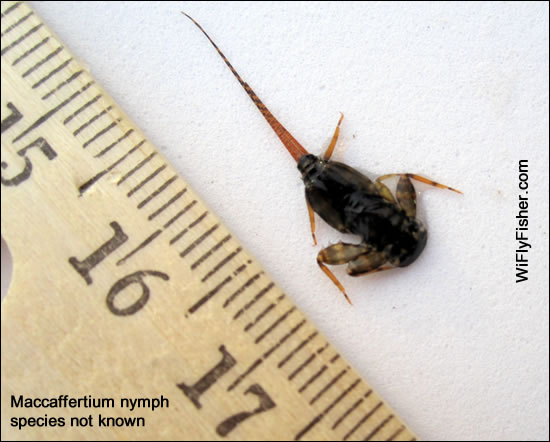 The comparadun makes a very effective Light Cahill pattern in size #12 and #14. 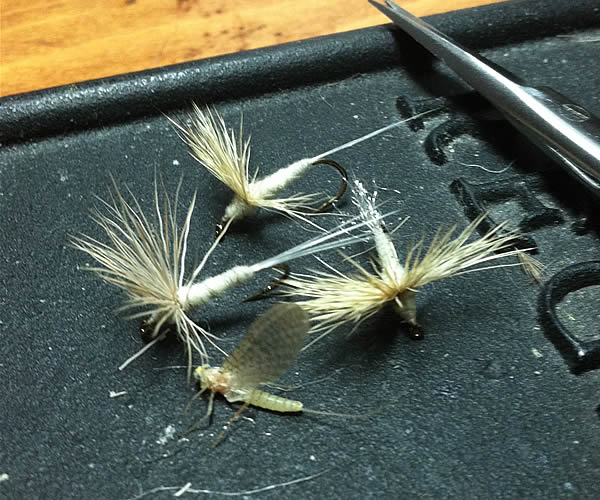