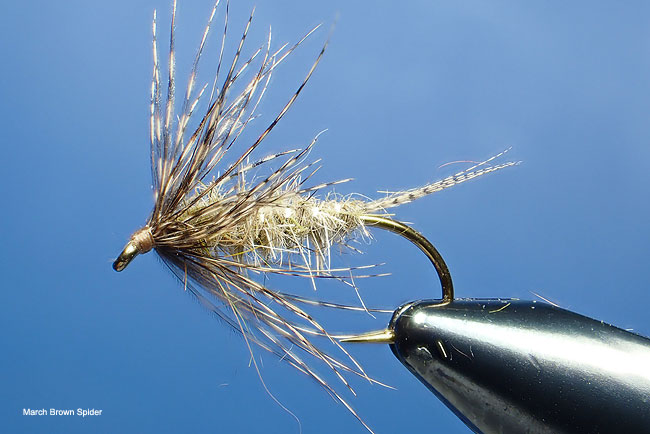 This is one of the great hatches found on many northern Wisconsin freestone streams and rivers. Look among the rocks in the riffles and faster runs for the flat, clinging nymphs. The mature nymphs will be about 15 - 20 mm long. The hatch generally occurs near the end of May through mid-June depending what stream you are on. Northwest Wisconsin generally sees the March Brown (Maccaffertium vicarium) mayfly hatch in early to late June. The nymphs are known to migrate towards the shallows just prior to hatching, making the the larger Maccaffertium vicarium duns less vulnerable to the trout. The duns usually hatch sporatically all day long and often along with the more dense hatching Emphemerella invaria (Sulphurs) in the late afternoons. At midday, when the March Browns are sporatically hatching throwing a large Grey Fox Variant can be just the ticket to arouse the big trout lurking in the pools. In the cool June evenings the concentrated March Brown spinners can give fly fishermen the best chance of finding some larger feeding trout.

Fly fisherman should carry a selection of size #10 & #8 nymph, dun and spinner patterns to match the March Brown hatch. The clinging nymphs will be migrating towards the shallows prior to emergence and the trout may follow. At theses times I have spooked my share of larger trout in the shallow riffled waters probably looking for the large clinging nymphs. Look for the March Brown spinners fly ing around near dusk over the riffles and faster water sections. 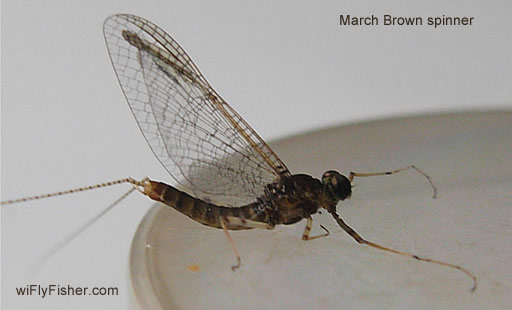 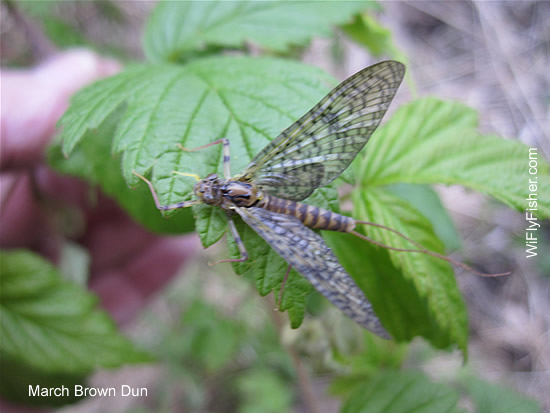 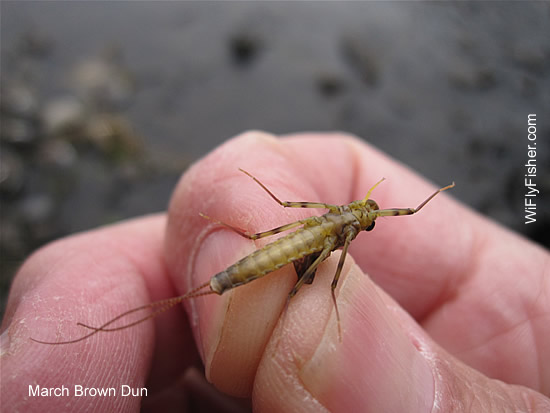 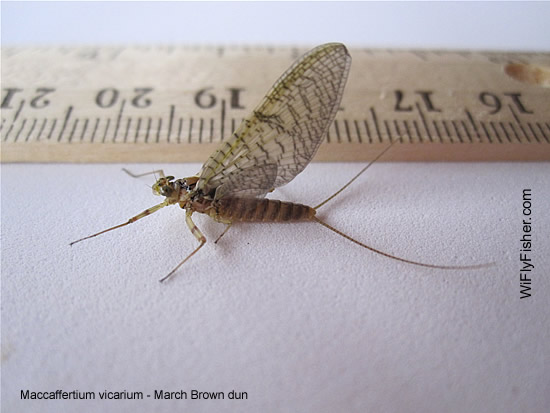 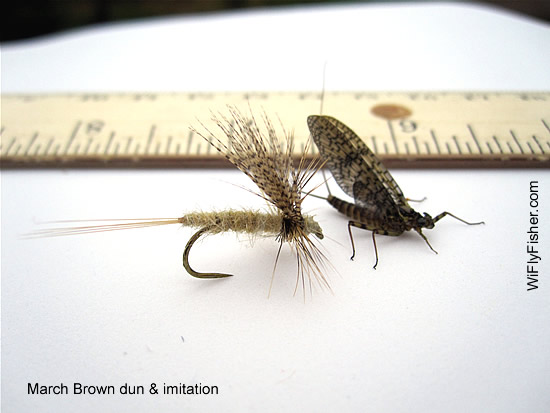 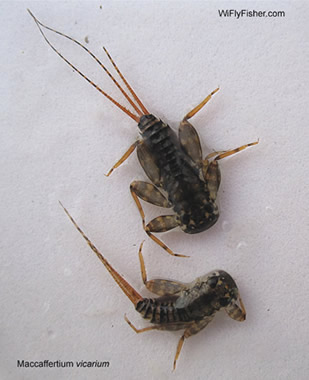