How To Tie Small Mayfly Nymphs
with Grouse Feathers

Mayfly nymphs are extremely abundant in many Wisconsin frestone trout streams and are a great food source for feeding trout. For my favorite nymph pattern I like to use grouse hackle and other bird feathers for both the mayfly's wingcase and legs. Often times the feathers are too large for the smaller hook sizes.. Rather than wasting grouse feathers I use the following method to tie my favorite mayfly nymph pattern on smaller size hooks.

First, tie the tail and body portion of the fly leaving enough room at the head for the thorax and legs. Then follow these steps: 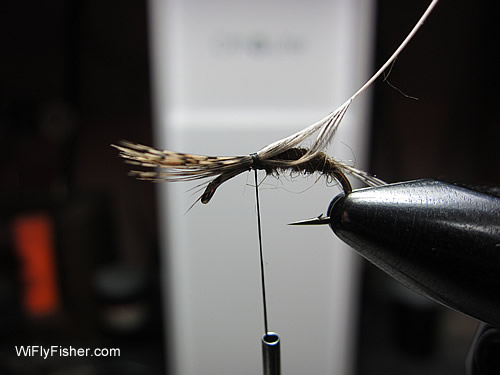 2. Wind the thread foward to about 1/8" to 1/16" from the eye of the hook. Be sure the barbs sticking out from the hook eye are not too long. These will become the legs when done. 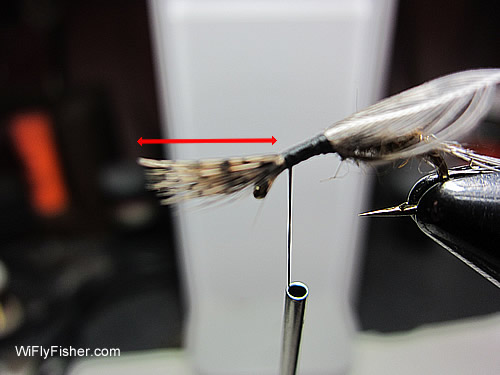 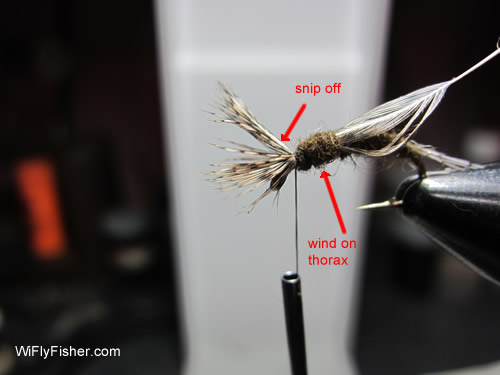 4. Using your fingers work the barbs back and point them down underneath the hook shank. Then secure the barbs with the thread. Pull the grouse feather stem forward folding it over the top of the dubbing and thorax. Secure the stem with a few wraps of thread and cut off the remaining stem portion of the feather sticking out over the hook eye. 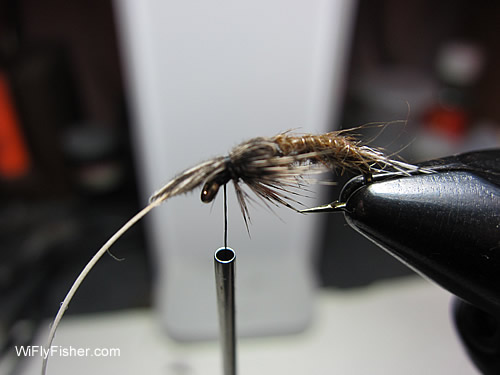 5. Finally tie the head of the fly, whip finish and apply head cement (if desired). 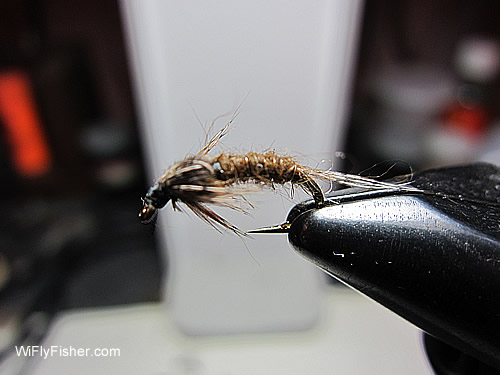 Note: For smaller size nymphs it is easier if you cut the tip of the stem off before tying the feather to the hook. Just be sure you leave enough barbs for the legs and for the wingcase when the feather is folded over the top of the thorax. 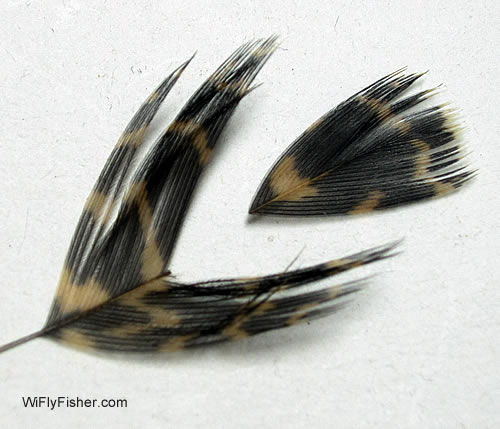 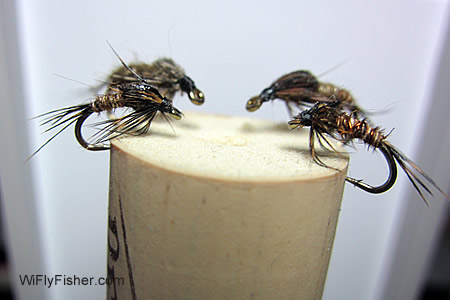