Epeorus mayflies are sort of an unique mayfly in that the subimagoes (duns) escape from their nymphal skins on the stream bottom rather at the surface. The newly hatched Epeorus duns drift in the flow working their way to the surface to dry their wings and fly off. Most other mayflies work their way as a nymph to the surface, or to the bank and/or rocks protruding from the river to hatch.

On many freestone streams in the Upper Midwest you can find Epeorus vitreus nymphs in the riffles clinging to the rocks along the streambed. The nymphs are relatively wide, flat and have gill plates that flare out from their abdomen that makes them easy to identify versus the other common mayfly nymphs. I have identified several different mayfly species in the photo below so you cna see the differences between each. 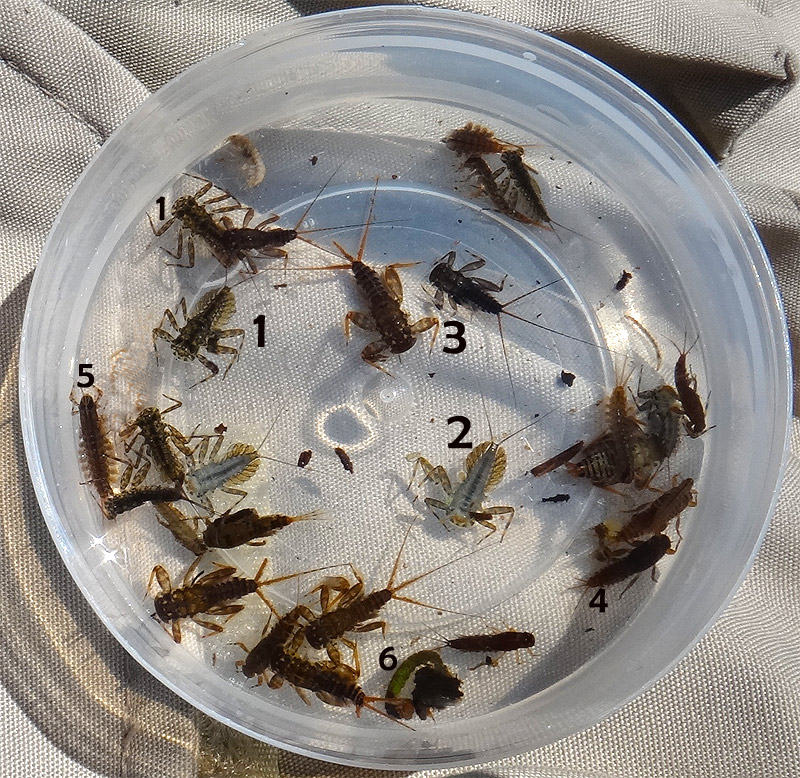 Around the end of May Epeorus vitreus hatch begins along the stream bottom. They are often confused with the Ephemerella invaria and dorothea (sulphurs) hatching at the same time. One of the ways to help detect the difference is Epeorus has 2 tails as nymphs and adults, while Ephemerella species have 3 tails are nymphs and adults.

Note: There are a lot of common names for Epeorus vitreus and I find that confusing. They are not sulphurs, nor cahills, yet they are often times lumped in with them. 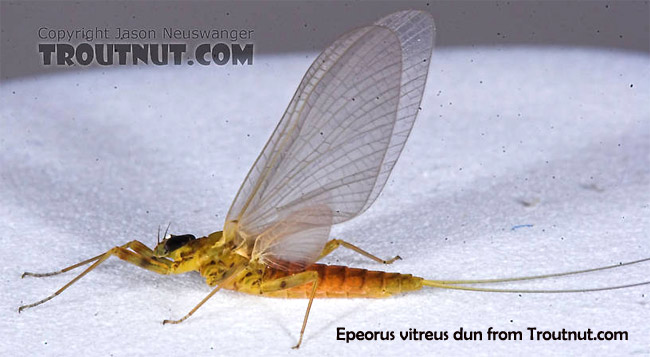 One of the most effective patterns I have found for Epeorus vitreus is using a winged wet fly to mimic the winged adults drifting in the riffles while working their way to the surface. The Epeorus wet fly can be a great 'killer' pattern in the riffles when the insects are hatching. I believe the wing is an important trigger for this fly when the trout are keying in on the emerging Eperous duns.

I tie the body with a blend of awesome possum orange, golden olive and golden stone dubbing over white thread to keep the body lighter in color for imitiating the female Epeorus vitreus. When the fly is wet the body darkens. For the male Epeorus vitreus I generally just tie a hare's ear with a duck quill wing. 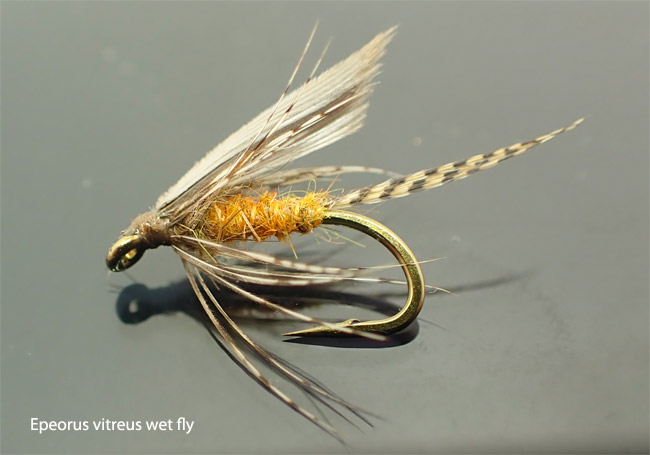